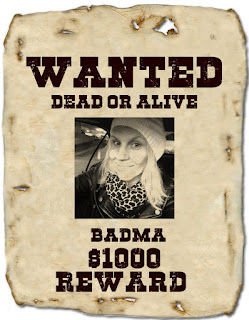 The other day our Willow got a rash, it was an angry sort of rash, made worse by Willow itching himself raw.  Funny thing, Willow diagnosed himself with, 'itchma'. Anyhow it got worse throughout the evening, so I rang out of hours, they squeezed him into 'GoDoc' at the hospital.  To state here, the National Health Service in this country is fantastic, if you need medical advice/reassurance/treatment, how lucky we are that it's so FREELY available.  So it turns out, it's an eczema allergy type thing, caused by new jumpers, that #BadMa didn't wash before putting them on.

#Obvs when the kids are poorly; it's all about me, I started to feel so guilty. It's ridiculous, but the more I mulled it over, the more guilt came over me.  It had to be my fault, Lizzy has never had eczema, why would she I breastfed her for miles longer than Willow.  With m'laddo I gave up the minute he turned 26 weeks (the bugger was a biter, and had top and bottom teeth).  Over the coming days, whenever I put the steroid cream on his little arms, I had a tear in my eye thinking 'This is my fault this is'.  It isn't really, eczema - it's just a childhood thing, but the pressure we mothers put on ourselves.  I don't remember feelings of such inappropriate guilt before the kids came along.  It's like when your newborn is put in your arms, you immediately start with the self inflicted guilt-trip!

The main charges against me -

Biscuit giving, I distract Willow with biscuits, so I can faff round on FB without disturbance - GUILTY

Popular posts from this blog

- February 04, 2014
So my actual first life post... I'm Emma-Louise, hyphenated... (and I'm a tiny bit funny about it even if I say I'm not), 33 years of age, sometimes I get sore about being in my thirties, but mostly I wouldn't want to be younger (like hell I would... spots and uncertainty).  Hometown is Liverpool, lived in the rougher end, no place like home and all that... but I can't see myself ever moving back.  I do love Liverpool though and am very proud of my scouse accent, which after all these years away is becoming less and less (although strangers still detect my Liverpool roots, so it's there a bit, someone recently asked me if I was from Newcastle mind!). Visiting Liverpool is great, there's no place better on earth than Sevvie Park!  These days we live in Chorlton, Manchester.  Those familiar with Manchester, please don't judge me for my M21 Chorlton postcode.  I'm not sustainable or that, I do try not to use carrier bags or leave lights on (but I do
Read more

A to Z of me... idea stolen from Ally from MessedUpMum A-Z of me! So...  We're so proud of our lovely lad Willow, who is about to be diagnosed with autism .  We play it down, I hardly mention it, it's not a big thing.  We decided that Willow will always be a child with autism not an autistic child.  When I was 16; I went on a 18-30 holiday to Benidorm ; looking back it was grim, but I bet at the time, I revelled in it and had a riot! We live in Chorlton  in Manchester and I feel at home here, I can't see us ever moving out of the area.  I prefer dogs to cats (but don't tell my two pussycats Jimmy and Betty).   I'm funny about the hyphen in my name  Emma-Louise , I might say I don't but if you call me Emma, I get the hump! I probably give my kids fish fingers far more than I should.  Great Expectations is fabulous and I truly believe that anybody who hasn't read it, is missing out.  I love overnight stays in hotels ; I love the little
Read more

So my first blogging conference.  Blog On.  I only got a late waiting list place, so the event crept up on me.  From getting my ticket on Thursday it was on my mind:  What to expect?      What will they (not sure who the 'they' actually are) think of me?           Will they think I'm a big fat fraud?                What if they ask me hard questions?                     What if nobody likes me?                           What will I wear?  Other concerns were,  will my husband actually kill our children having to fend for himself, him against them all day on a Saturday (it was touch and go!).  I love MOSI and was glad of an excuse to use their conference space (as a PA I'm always nosy for what's available).  I lined up for registration, at this point I was at my most nervous, everybody was dead pally and seemed to know each other.  Once I got through and steadied my nerves with a cuppa, I was calmer and chatting to other girls (I only recall se
Read more
Tweets by @EmmaLouCul

Me and my lovely two